Wow Monday night TV didn’t disappoint! So much great TV it was hard to watch it all but the return of Criminal Minds S13 won out for me! 😊

So what did you watch Criminal Minds like me on Sky Living? The final episode of the gripping Liar on ITV or Freedom, the documentary on Channel 4 about the late George Michael? In all honesty I wanted to watch all 3 but as they were all on at Primetime that’s hard to do so the others are being caught up on as I type.

The opening episode did not disappoint it had everything we have grown to love of the show. Twists and turns and edge of your seat stuff especially going to break at just the right moment when you are holding your breath!! I can honestly say that no Season of Criminal Minds has disappointed me yet, great story, great characters and just the right mix of shock, laughter and feel good moments! Welcome back guys #WheelsUp

Now I’ve just watched Liar and have to say it wasn’t the final episode I was expecting however it has left the door open for a 2nd season which we now know, as confirmed by ITV straight after, is coming 2019. Now I understand that they need to get it planned in for filming etc but they aren’t starting to film till January 2019 so will probably be on the Autumn schedules. In 2years time I think I will have forgotten all about Andrew and Laura and what happened.

Whilst it’s been a thought provoking show and created a lot of discussion 2 years is a long time in TV Land and there is so many great things coming it’s easy to forget the little details that kept us watching. All being well it will be repeated again nearer the time. 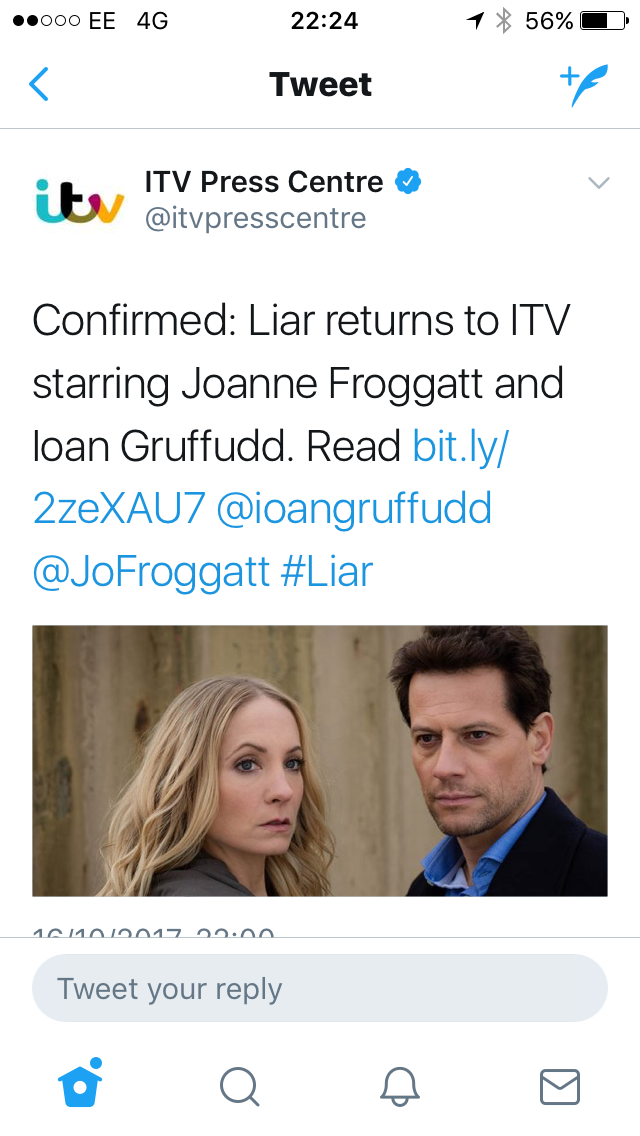 Now to watch Freedom saw some great tweets last night so looking forward to it.