So many shows I’m excited for no air dates as yet sadly 😫 but hoping to find out soon!

We know Sky Living is bringing us the new Law & Order show True Crime starting next Thursday at 9pm but what else is scheduled for the coming dark nights to keep us entertained?? Well 1 of my faves, S13 Criminal Minds is back around October time and I love it, Penelope Garcia and Dr Spencer Reid are my  all time fave characters!! Sky Living are also bringing new show The Good Doctor, medical drama starring Freddie Highmore, he plays a young surgeon who has autism. Also coming October!

In November Sky Living will hopefully be bringing S4 Madam Secretary and Scandal which I understand is the final season sad 😭 but I personally think its run it’s course now.

Other shows in October is BBC1’s Our Girl with Michelle Keegan, new action/comedy show Bounty Hunters with Jack Whitehall and Rosie Perez. Coming to Sky 1 and I will watch just for Rosie love ❤️ her fast talking!

November brings another new show Sick Note 😷 with Harry Potter star, Rupert Grint. About how a persons actions can become a lie and then spirals out of control. So we have Bonfire 🔥 Night on 5th so highly likely it will be scheduled around then, Gunpowder starring Kit Harrington is a 3 part drama about the infamous story.

Another new Sky 1 show in November is Living The Dream, I have seen adverts for this starring Philip Glenister and Lesley Sharp. I always have high hopes when it’s a good cast! Comedy/drama following their move from U.K. to the Sunshine state ☀️☀️ of Florida!

Finally another fave in November which has been a very successful spin-off, Major Crimes is back on Universal Channel for S6!! 😍 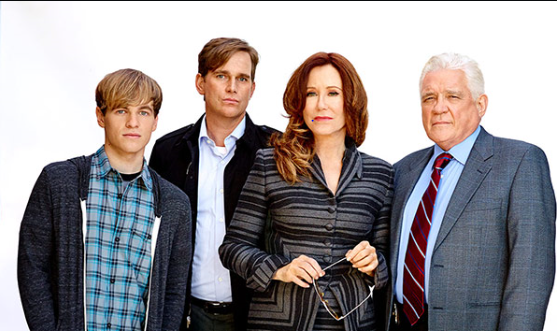